Bingham Cyclery, has the largest Specialized footprint in the intermountain west, and has served the Wasatch Front for over 50 years as a staple in the Salt Lake, Sandy, Ogden, and Sunset communities since its inception in 1962.  Bingham Cyclery celebrates over 30 years of partnership with Specialized.

With a large selection of Specialized product, a high level of customer service and experienced bicycle mechanics,  Bingham Cyclery and its employees have received many awards throughout the years, such as Specialized Top Ten Dealer, Schwinn’s President’s Club, BDS Top 100 Dealer, and has been recognized nationally as being one the best bicycle shops in the USA. 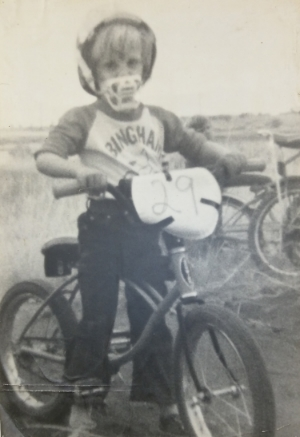 Bingham Cyclery, Inc. was founded in 1962 by Blaine Bingham.  Joel, Jon, Janeal (“Neal”), and the rest of the Bingham kids grew up working in their dad’s shop.  Some of the tools used to work on bicycles back in the 60’s were actually made by Blaine, and are still to be found on the workbench.  The original location was in Roy; about two miles from the current Sunset Store.  Bingham Cyclery moved to the Sunset location in 1969.  Joel took over running the business in the mid-1970’s, soon after the business was incorporated.  Skylere Bingham then took over running the business in 2001 when Joel and Jon retired.

Ogden was the second location, opening in 1978, and moved to its current location in 2008 as the first Specialized Concept store in Utah. The Salt Lake City store was opened in 1991, originally in Foothill Village Shopping Center.  It has subsequently relocated to downtown Salt Lake and is the second Specialized Concept store in Utah.  Our SANDY location opened in the spring of 1995.

“Bingham has always treated me very well, with knowledgeable and friendly staff. They’ve got a great line-up of products, mostly under the Specialized brand but they have several others featured less prominently. I bring my bikes here to be serviced which are always done promptly, properly and affordably."